What to do if the timing belt is torn, and how to avoid this in the future 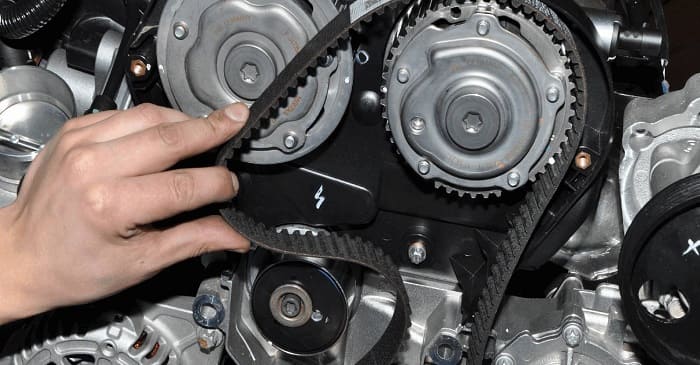 Issues addressed in the material:

Some vehicle owners do not pay enough attention to the timing belt, but only when its too late. In the best case, damage to it can cause the car to not be able to start. Next, you will learn what to do if the timing belt is torn, and how to avoid this.

The first signs of a broken timing belt

Many of those who own the vehicle are faced with the question of what to do if the timing belt is torn. For novice drivers, the topic of this breakdown belongs to the category of horror stories that are the cause of rumors, most of which are at variance with reality. 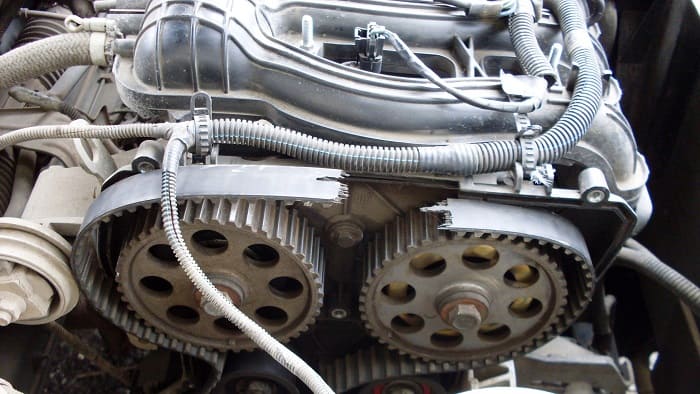 The timing (gas distribution mechanism) is driven by a crankshaft gear. Previously used timing belts and chains, which became widespread about 20 years ago, aroused mistrust among car owners.

Compared to the chain mechanism, the belt drive is a simpler design, it weighs less and does not work as noisy. However, it also has disadvantages, the main of which is the small resource of the timing belt.

The question of what to do if the timing belt is torn arises when there are signs of damage, which are that the vehicle begins to stall, after which it cannot be started. If an attempt is made to turn on the ignition, a metallic knock appears, the cause of which is the impact of the pistons on the valves. It is worth noting that a breakdown can cause a rather serious problem: at high speed – this is a guaranteed failure of the valves, which will have to be changed. If we talk about the worst consequences, this is damage to the pistons, gaskets and pastels.

The signs suggesting that the timing belt has broken and something needs to be done should include the following:

However, before looking for an answer to the question of what to do if the timing belt is torn, you need to make sure that a break has indeed occurred by looking under the hood of the car. You will see a torn timing belt and its damaged casing.

As for the chain drive, it has a fairly long service life. If the motor is not “forced”, the chain can last more than 200 thousand kilometers. Over time, it begins to stretch and rattle, which indicates the need for its replacement. If we talk about a high-quality belt, then it is able to last about 60 thousand kilometers, after which it is changed, even if it is not damaged in appearance. If this is not done in a timely manner, a break can occur.

The timing belt connects the crankshaft and camshaft. In addition, thanks to it, the valves in the engine are opened in a timely manner, as a result of which the required amount of the fuel mixture enters the cylinders. 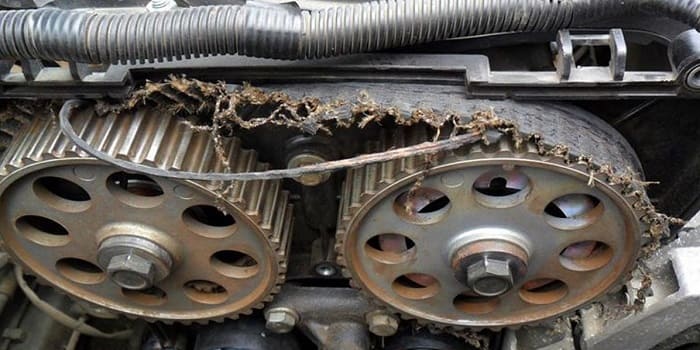 Since the timing belt can break only when the vehicle is in motion, it is easy to determine this failure. The car engine stalls, which may require a major overhaul.

Reasons why the timing belt may break:

Sometimes the belt does not break, but the teeth wear out, as a result of which it ceases to fulfill its functions.

What happens when the timing belt breaks

The consequences of a timing belt break are affected by the design of the power unit.

When the belt breaks, the camshaft stops and the valves are fixed in one position. At this time, the crankshaft continues to move by inertia, and the pistons rush towards the valves that are open.

It is worth noting that some engines, for example, the 8-valve VAZ-2111, have recesses designed specifically to avoid contact with the valves in the event of a break. This helps to get rid of the consequences, except that the car simply can not get to the workshop or garage.

The design of modern multi-valve motors is designed in such a way as to obtain maximum power with a small volume, so the pistons do not have such grooves or they do not have enough depth. In this case, if the timing belt breaks, this will certainly lead to the meeting of the pistons and valves, as a result of which the latter will bend.

If it broke at idle, most often only a few valves are bent, if it happened in the gear at high speeds, the whole set will have to be changed.

The greater the crankshaft speed at the time of the cliff, the worse the consequences. In addition to the bending of the valves, the guide bushings may burst, and this in turn leads to the replacement of the cylinder block and its head. In addition, the impact often causes the destruction of the pistons.

There were cases when, at a break at high speed, all valves were bent from an impact, the head of the block was damaged, the guide bushings burst, and fragments from them pierced through the pistons. It is worth noting that in such cases, engine repair is very expensive. According to statistics, such damage is most often received by Japanese twin-shaft (DOHC) engines.

If we compare gasoline engines with diesel engines, for the first, the consequences of the timing belt breaking are lighter. Their design is arranged in such a way that the valves have virtually no free play when the piston is in TDC.

In this case, if the belt breaks, the following occurs:

When a break occurs at high speeds, the pistons may collapse and the cylinder block may be damaged.

Since this problem is quite common, manufacturers began to make recesses at the top of the piston, which are aimed at preventing “jamming” of moving parts. If the timing belt is torn on the road, then just need to be replaced.

What to do if the timing belt is torn

If the question arose about what to do if the timing belt broke, then:

In addition to the attendant details, you will need to buy:

If the timing belt is torn, it is easiest to replace it on the lift. This will require the following tools:

When dismantling, you must proceed according to the following plan:

Now you can make a replacement. To do this, the worn belt is first pulled out, but first remember to remove the toothed pulley covers. After installing a new one, tighten the tensioner. Replace the rollers as well, if they also become worthless. Next, the design is assembled in the reverse order. It should be borne in mind that the dismantling and installation of the belt, if it is torn, for each brand of car may differ slightly, but in general the process is almost the same.

So that you don’t have to think about what to do if the timing belt is broken and you don’t have to replace it on the road due to a cliff, you need to change it in a timely manner (after 60,000 km). In this case, spare parts should only be original. 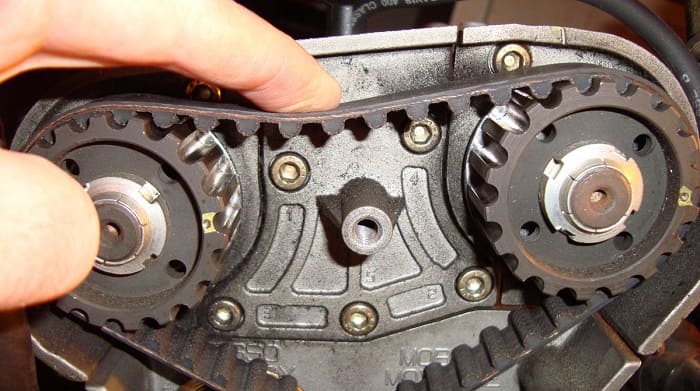 If you do not want to face the question of what to do if the timing belt is torn, do not neglect the periodic check of the degree of tension, it should be uniform, without sagging along the entire length. It is also necessary to monitor the status of the pump and all videos.

In order to prevent the timing belt from breaking and not to think what to do if it is torn, you need to pay attention to: